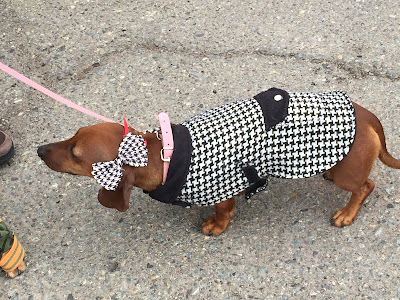 It was very cold in Santa Fe. But Our Hotel was Right in town, so after packing the Car, we all put on our coats and walked into town and had breakfast in a cute little cafe. 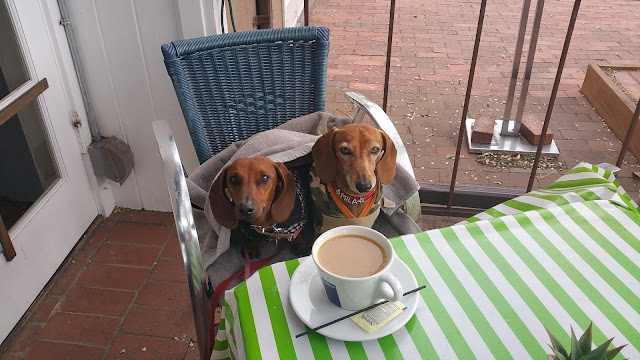 After Breakfast we walked around a little. 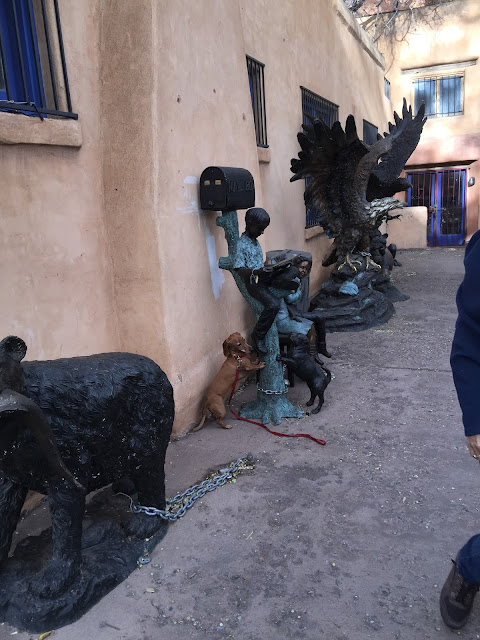 Dad thought it would be funny if I posed with the dog. 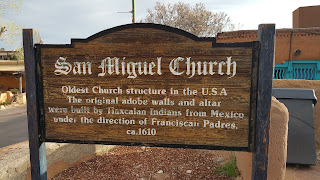 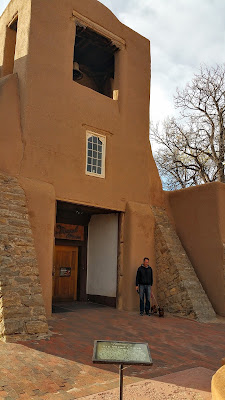 Then we went back to the hotel room to warm up and watch some cartoons.

While Mom and Dad went to see
The Loretto Chapel. 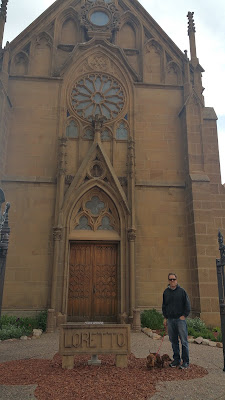 Two mysteries surround the spiral staircase in the Loretto Chapel: the identity of its builder and the physics of its construction.


When the Loretto Chapel was completed in 1878, there was no way to access the choir loft twenty-two feet above. Carpenters were called in to address the problem, but they all concluded access to the loft would have to be via ladder as a staircase would interfere with the interior space of the small Chapel.
Legend says that to find a solution to the seating problem, the Sisters of the Chapel made a novena to St. Joseph, the patron saint of carpenters. On the ninth and final day of prayer, a man appeared at the Chapel with a donkey and a toolbox looking for work. Months later, the elegant circular staircase was completed, and the carpenter disappeared without pay or thanks. After searching for the man (an ad even ran in the local newspaper) and finding no trace of him, some concluded that he was St. Joseph himself, having come in answer to the sisters' prayers.
The stairway's carpenter, whoever he was, built a magnificent structure. The design was innovative for the time and some of the design considerations still perplex experts today.
The staircase has two 360 degree turns and no visible means of support. Also, it is said that the staircase was built without nails—only wooden pegs. Questions also surround the number of stair risers relative to the height of the choir loft and about the types of wood and other materials used in the stairway's construction.
Over the years many have flocked to the Loretto Chapel to see the Miraculous Staircase. The staircase has been the subject of many articles, TV specials, and movies including "Unsolved Mysteries" and the television movie titled "The Staircase." 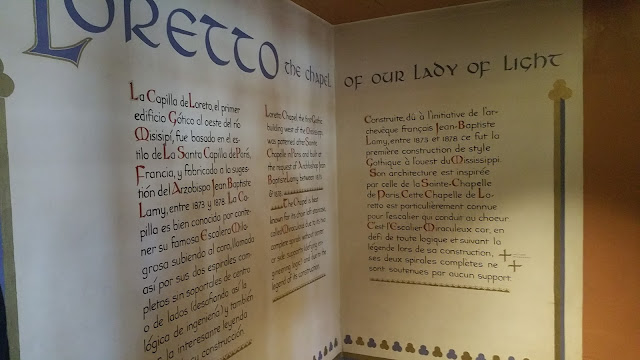 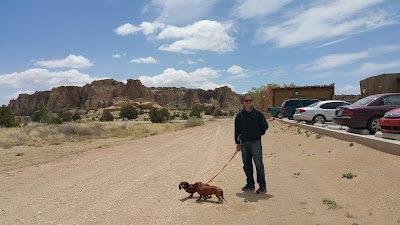 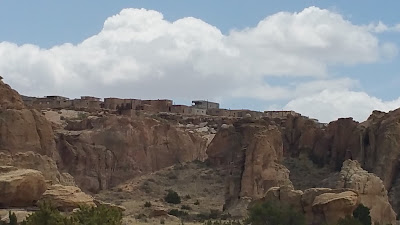 This stop was on Dads request. When He was a kid he stopped here with his family and almost died.

The Car they were driving in got a flat tire. So to keep the 6 children busy they all went for a walk while his dad fixed the flat. Well on the hike down a trail dad almost kicked a rattle snake. Just as he was about to his older brother stopped him. So he wanted to come back and visit Sky City. 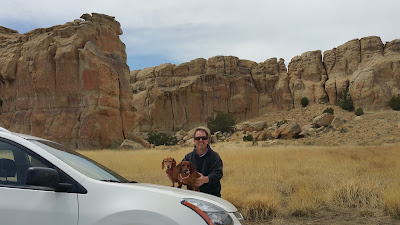 We thought about going up to the Village but the tour took 2 hours and we would either need to be carried in bags or left in the kennels. We decided that 4 corners was more important.

So we headed out. 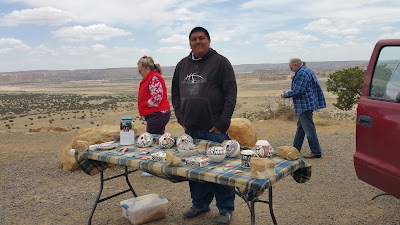 On our way out we met this guy from the village selling some pots he made. They were very good. Dad got a turtle on a piece of pot for his brother who saved him. (he likes turtles)

On to Four Corners Monument 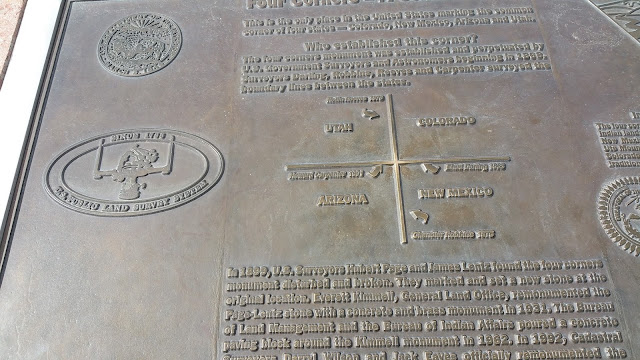 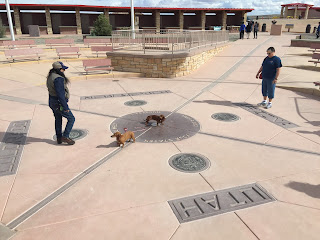 These are exclusive photos.


I did not know til after we were leaving that my sister and I were not supposed to be here.
But as you can see there is hardly anyone around. 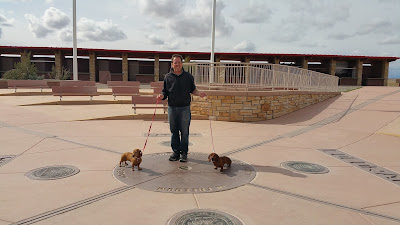 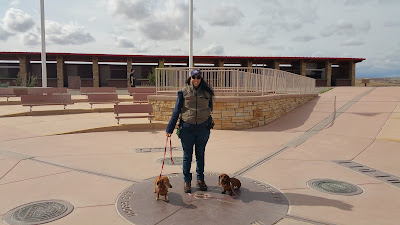 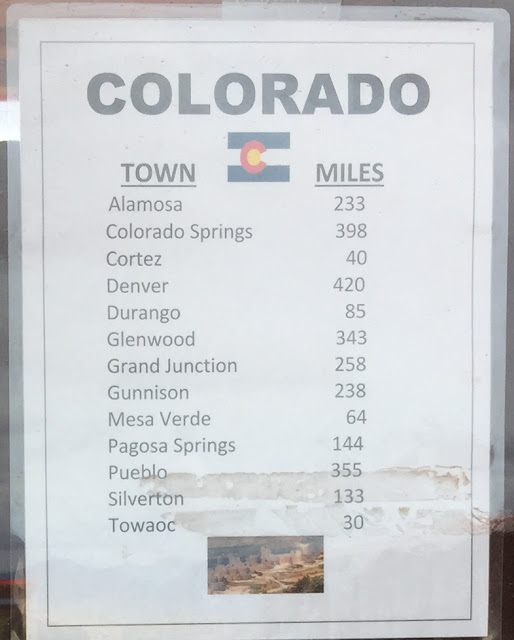 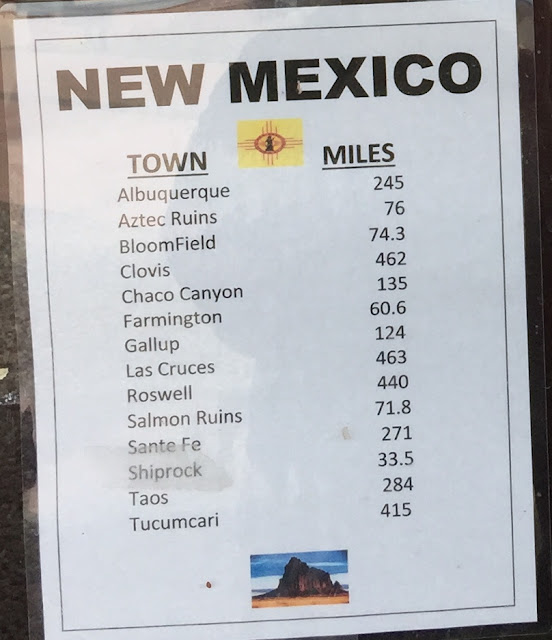 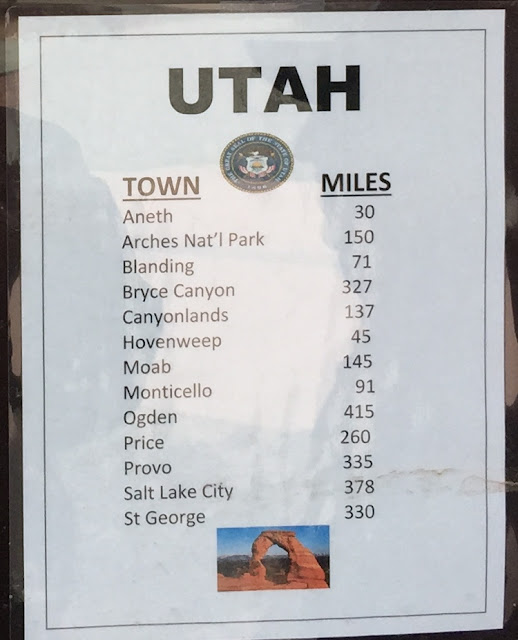 On to Galup New Mexico our final stop for the day...

this was a great hotel they even gave us an upgrade to a suite.     Now that's the way to treat a celebrity! 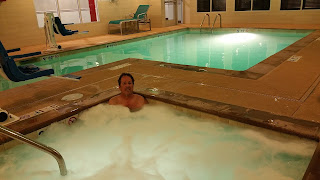 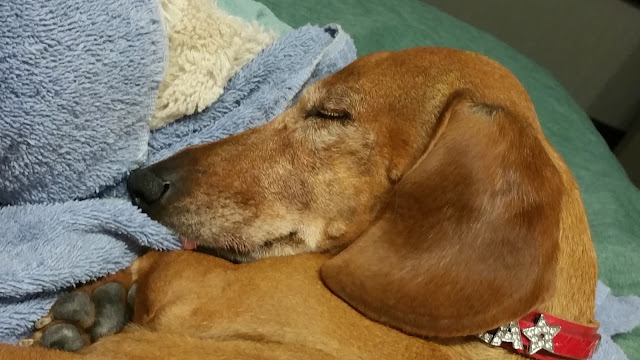